Showing posts from November, 2008
Show all

Manny Pacquiao, the Pinoy boxer who graced many sports magazine covers, landed in the cover of Readers Digest in its December issue.

November 26, 2008
IF football was like boxing, and players get nicknames like “Butter Bean” or “Iron Mike,” Springdale’s Carlos Veloso will probably earn the moniker “The Stoic Assassin.”

He’s calm, composed, his passes rarely miss the target and in big games, he delivers.

Last year, Springdale ousted the twice-to-beat Abellana National School on a pair of 1-0 wins courtesy of the Stoic Assassin’s goals. This year, it’s the turn of Don Bosco College to fall. 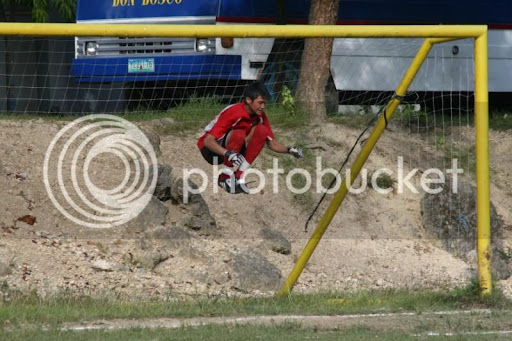 All pics courtesy of Dr JP.

After the Cesafi season, it's on to the Partners Cup for the collegiate teams. Who's its going to be? USJ-R or UV? 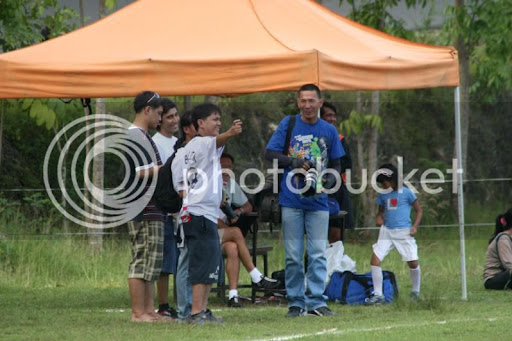 All pics courtesy of Dr. JP

The University of San Jose Recoletos defended its title after a shootout win against the University of the Visayas in the Cesafi finals. It was USJ-R sixth title in eight years, reinforcing its status as the best collegiate team in Cebu.

November 24, 2008
SPRINGDALE completed a comeback to defend its secondary crown in the Cebu City Olympics.

Trailing 1-0, Springdale got its equalizer courtesy of Carlos Veloso and the 2007 champion went on to win by shootout.

However, DBTC coach Glen Ramos protested that the goal should have been disallowed as according to them, the ball went out of bounds.

Unfortunately for them, the referee stuck to his decision.

DBTC got its chance in the elementary division as it defeated Springdale to keep the crown.
5 comments
Read more

November 22, 2008
AFTER browsing the forums at www.pinoysoccer.com, I learned a rather interesting tidbit, a football team in the Cebu City Olympics was supposedly disqualified for “cheating on their ages.”

November 21, 2008
I was informed last night that the Cesafi finals will be back to the original schedule at USC-TC, instead of the night games at CCSC.
Post a Comment
Read more

Cesafi to hold finals at night

November 20, 2008
THE University of the Visayas vs. University of San Jose-Recoletos finals will be played at the Cebu City Sports Center at night.

Though the move might give a little advantage to UV as CCSC is considered the home field, Cesafi wants to bring the finals closer to the fans.

"I know it is unlikely but we want to hold it in a venue where it is accesible to many.  We hope more people will watch the finals," Cesafi commissioner Felix Tiukinhoy told Sun.Star Cebu
1 comment
Read more

November 19, 2008
FOR the second time in six months, the Philippines was mentioned prominently in an Associated Press dispatch about the Fifa world rankings.

The highly-favored University of Southern Philippines Foundation, which was the No.1 team in the tournament, was overthrown by 2005 champion UV, 1-0.

THE Abellana National School (ANS) Under-16 football team gets a big break after Mayor Tomas Osmeña decided to cut short the one-year ban on the team for joining a tournament last June without informing the Department of Education.

“I sent a text message to the Mayor this morning to lift the suspension of the team and he agreed. This is not the fault of the kids but of the coach,” Cebu City Council Committee on Sports, Amusement and Games Chairman Sylvan “Jack” Jackosalem told Sun.Star Cebu yesterday.

ANS and their coach were given a one-year suspension by Mayor Osmeña after they joined the Philippine Olyimpic Festival Qualifiers in Dumaguete City.

Beforehand, Councilor Jackosalem was advised by Ricky Dakay, the City’s sports director for football, that they should lift the suspension of the whole team because some of the most talented Under-16 football players in Cebu City play for ANS.

Fair Play: For the good of the sport

November 13, 2008
A Junior NBA coach is set to announce a program today that will help local coaches in training their players.  Yipee!  Yahoo! Boring.  Zzzzzz.

AN early set back proved costly for the University of Southern Philippines Foundation (USPF) Alumni as it was pounded by Queen City United, 4-0, in their Men’s League match of the 11th Aboitiz Cup Football tournament at the University of San Carlos-Technological Center field.

I have a dream...lots of them

November 08, 2008
I HAVE a dream,” Martin Luther King Jr. once said, and decades later, Barrack Obama is proclaiming, “Change has come to America…” Are you drunk? Or is this one of those can’t-think-of-a-column days?

I have a dream, and they may not happen decades later, or never at all. But still, a dream is for everyone. OK, here we go. I’m there already!

November 05, 2008
BURIED under the news the previous weeks was an interesting development.  A bunch of teenagers of Team Cebu City (TCC) football taking Xantos FC to a clinic, 9-1, in a Men's Open tournament at the lovely field at Don Bosco Liloan.

A bunch of 16-year-olds in the Men's Open may be a mismatch to some, but if it's TCC you're up against, it's the other kind of mismatch, as shown by the score.

A third-place finish may be a respectable achievement, but Coach Mario Ceniza says they still have a lot of work to do if they are to compete with the traditional powerhouse Iloilo in the POF later this year in
Cagayan de Oro City.

November 01, 2008
IT WAS 12 years and 364 days ago when we spent three nights and four days during our Unit Meet in South Cotabato camping near a cemetery.

Since it was a Department of Education Culture and Sports (now the DepEd) organized meet, we knew we would be in for a rough stay so one of the guys brought a tent since we knew there wouldn’t be enough room in the quarters. But, we forgot to bring any flashlights or lamp and Barrio Cinco at 8 p.m. could get really dark.