Showing posts from January, 2011
Show all

January 31, 2011
HE first time I attended a Philippine Football Federation Board of Governors meeting in 2004, I just sneaked in. I think I pretended to serve drinks before I took a seat.

I took no notes and acted like a bored gofer, while listening intently and picking up tidbits. I remember it got so silent when money matters were discussed that I swear I heard the then president’s heartbeat.

THE growing popularity of the Philippine national football team, also known as the Azkals, has brought some unexpected distractions from their avid supporters.

Most of the Azkals arrived in Bacolod last Jan. 26, with midfielders James and Phil Younghusband and team captain Alexander Borromeo joining the team yesterday. Neil Etheridge, Roy Johnnson and Rob Gier will join the team next week.

Smart sports marketing and special projects head Patrick Gregorio said Smart may not be able to offer the same financial support to running this year as they had last year because the company will increase its funding for Philippine football.

A BUSINESSMAN spending millions just to back a “stunted” sport without any return of investment is something hard to fathom for regular people.

Even Dan Palami could not really pinpoint why he did it.

Fair Play: A great time to be a Philippine sports fan

January 29, 2011
I DON’T remember recalling a time like this—our country hosting two major events that it has more than an even chance of winning.

First, the Mongolia vs. Azkals AFC Challenge Cup match on Feb. 9 in Bacolod City, then next, the Davis Cup Asia/Oceania Group 1 playoff against Japan in Lapu-Lapu City on March 4 to 6.

January 24, 2011
WHEN the Philippine Football Federation announced the final date and venue for the Asian Football Confederation Challenge Cup game against Mongolia, it got deluged with ticket inquiries.

When the PFF announced the details on how to secure tickets, the torrent became a flood, and not a few fans, disappointed by a lack of response from the PFF for their inquiries, are venting their frustrations, online.

January 22, 2011
A YEAR ago, Joel Pascual rued an opportunity his son, Paolo, had to miss.

Fresh from being the No. 1 keeper of the RP U19 squad that got mangled in China, Paolo was invited to join the senior team—the Azkals—for a series of games in Taiwan.

Pascual gets offer to play in UFL


THE rising football superstar of Cebu, Paolo Pascual, showed positive signs of making it to the pool of players who will compose either the senior team or the Under-23 squad of the Philippine National Football team.

The official announcement of the final list will be released today but Azkals team manager Dan Palami already confirmed that the remaining 13 hopefuls are part of the training pool.

“The pool of players are already considered as part of the team,” Palami said.

Azkals trials in photos (Part 3 of 3) 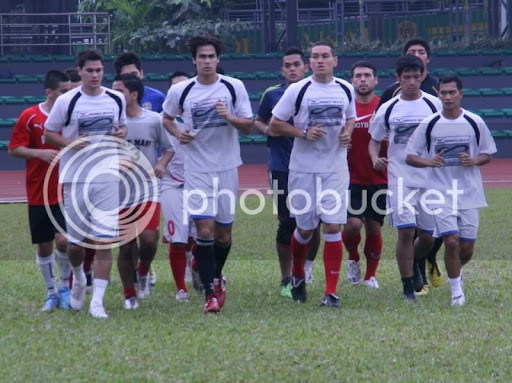 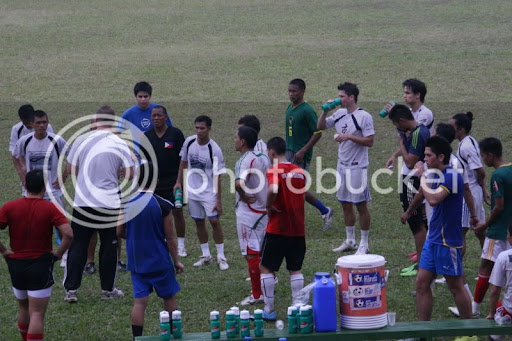 The Azkals trials in photos (Part 1 of 3) 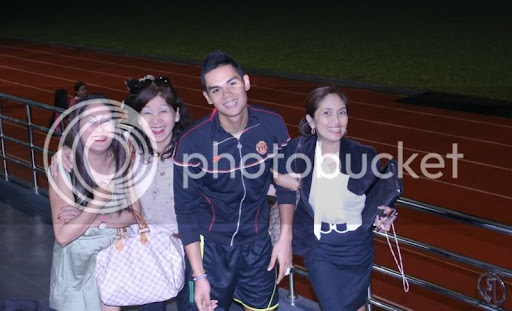 CEBUANO fans who want to secure tickets for the Azkals game in Bacolod can now buy them through the Cebu Football Association (CFA).

CFA president Richard Montayre said he will ask the Philippine Football Federation to allocate 500 of the 4,000 P300 tickets for the Cebu-based fans.

The PFF is also selling 4,000 grand stand seats for P300, while the rest will be reserved for the VIPs.
The Philippines will face Mongolia in the first of the home-and-away playoff series of the Asian Football Confederation Challenge Cup. It is the first home game of the Azkals in three years.
9 comments
Read more 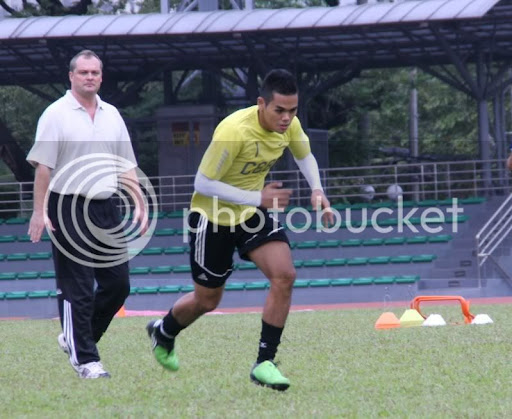 This story came out on Sun.Star Cebu on Jan. 19.

A YOUNG Cebuano is one step closer to becoming an official Azkal.

Of the 50 who tried out for the national football team, only 13 made the first cut and homegrown athlete Paolo Pascual was one of them.

January 19, 2011
This was posted in the Pinoyfootball fan page

1.Gen. admission tickets are free on a first come first serve basis for the first 10,000 fans all over the Philippines. Pls do not send emails to reserve Gen Admin tickets. We will not answer them. FIRST COME FIRST SERVE

2. VIP tickets will be issued by the PFF to VIP guest. You cannot reserve a VIP ticket. It is not for sale either.

How to get tickets for the Feb. 9 match

January 19, 2011
Here's a post from Ernie Nierras on the Pinoyfootball fanpage:

Tickets for the Philippines vs Mongolia Grandstand match will be sold for P300 (4000 seats only). Pls send your reservations to: (ticketing@the-pff.com RE: Grandstand ticket reservation). This will be on a first come first serve basis only. Book and Buy. We will be providing bank details for payment. Those who sent emails for VIP reservations will need to confirm their intentions for Grandstand tickets, if you still want them. VIP tickets will be for PFF invited guests. No VIP tickets will be sold. We will be releasing rules on how to get VIP and Gen. Admin tickets. If you sent an email inquiring about Gen Admin tickets, pls read the Q&A posted in facebook. No phone in reservations pls.
Post a Comment
Read more

Guys, check this out. This was e-mailed to me by the composer of the Azkal song. It's a shorter version and I think it makes for a really good chant. Let's start practicing? Drummers...
2 comments
Read more

Fair Play: All dressed up and ready to go...to jail?

January 17, 2011
I SAW a man get arrested during a football game in the Southeast Asian Games in 2005 because he made sure everyone’s attention was on him.

He sure did get it, the cops’ included, and five of them—one on each extremity—carried him out of the venue like a sack of garbage.

Before that, my friend Graeme Mackinnon was worried—nay, bewildered. I think the prospect of spending time in jail was threatening to spoil his grand time in Bacolod City.

January 15, 2011
THE first thing that crossed my mind when I attended the launching of the Gov. Gwen Garcia Unity Volleyball Cup was a wish that the lady governor was a football afficionado, instead of a volleyball fan.

Imagine, a province-wide football tournament, with the teams funded by their LGUs?

Last year, that dream took a baby step when the Cebu Football Association announced its plan to go around the province to conduct seminars in coaching, refereeing and forming a club.

January 14, 2011
THE Cebu Football Association will jumpstart a grassroots development program targeted at the different municipalities of the province later this month.

The CFA will send two two-man teams that will conduct seminars in northern and southern Cebu to help put up football clubs that will be supported by their local government units. Each team will have a coach and a referee who will conduct simultaneous training on coaching and rules of the game.

January 13, 2011
THE first Board of Governors meeting of the new Philippine Football Federation administration will be held in Cebu City on Jan. 29.

BOG member and Cebu Football Association president Richard MOntayre said the board will have a lot of things to tackle as they try to chart the new path for the PFF.

January 12, 2011
ONE manila school has tapped the Younghusband Football Academy to handle its program.
Will a Cebu-based school follow suit?

Or maybe the Cebu City Sports Commission can get the Younghusband’s help in putting up a football program for Cebu City.

PFF to get $1.5 million in five years

January 12, 2011
THE bounty the Philippine Football Federation (PFF) is getting because of the Azkals' recent success just got larger.

Aside from the aid it will get from the German Football Association, Kuwait, Bahrain and Jordan have committed to an annual aid of $100,000 for the next five years for the national teams competitions.

Fair Play: The Azkals are coming to Cebu

January 10, 2011
I WAS having a quiet lunch at the Mooon Café yesterday, with MCB and CDG, when I got a call from Dan Palami.

His news made my companions scream like school girls.

January 09, 2011
I HAD a juicy insight about two weeks ago regarding the current situation.

It could have made for a nice banner story (or stories) but in the end, I put more emphasis on trust and respect, rather than headlines.
Post a Comment
Read more

January 08, 2011
BOB Arum, that beloved (or most hated) promoter of Manny Pacquiao, said one of the reasons Andre Berto, that promising undefeated welterweight , didn’t get a fight with Manny was he won’t pique the interest of the casual fan.

You see for Arum the casual fan is the game changer, he or she, brings in the millions.

While covering the Southeast Asian Games in Bacolod, I always enjoyed the designated seats for the media.

You have an unobstructed view of the action and you can come and go as you please.

I remember, I had a courtside view when all hell broke loose during the boxing finals. Not a few mediamen were seeking cover under the table.

Me? I was so surprised it was happening, I stood up, walk around to see what people were throwing. There was no danger on getting hit, as long as you stayed away from the referees table.

In the football games, the media, too, had a designated area. Up there in the center stands of Panaad.

We had the space to ourselves when the match started.

The media section suddenly got so crowded, we were packed like sardines.

Why? The fans ignored the cordon, and slowly invaded our area.

Some of my colleagues were furious and were calling the marshalls to tell them to leave.

January 03, 2011
I HAVEN’T written anything non-football related for the past six weeks and that’s just fine by me.

Even the basketball columnists in the national dailies are writing football and they’re even going at each other’s necks.

Can you believe that?

January 02, 2011
Columns should have a personal touch and as columns go, this is as personal as I could get. I wrote this on Jan. 4, 2010 and have had revised a lot of times. But, somehow, I never found the courage to publish it.

Here's the piece, in its final revision done in August.

Goodbye to a friend

THIS is a piece I wrote last Jan. 4 and revised 15 times already. I guess, it’s time this sees print.
As a journalist, you get to meet all kinds of sources. Some lie point-blank, while some tell the half-truth only when it suits them. There are sources who use you and sources who want you to use others.

But sometimes, when you’re lucky, you meet a good one.

Joan was that somebody.

January 01, 2011
ONE fan posted in the Azkals fan page (one of many) a tweet by Phil Younghusband, who said he’d love to play in Jakarta.

The fan, fearing Phil would be donning Indonesia’s colors in the next tournaments, said the post made her frown.

January 01, 2011
Star, the author of that wonderful Tagalog post about how the Azkals stoked her Pinoy Pride, posted an English version of her article. This is or folks like Graeme, who can't understand English, and for others like me who'd love a retelling of her story.