Showing posts from September, 2006
Show all

September 28, 2006
Team Cebu City will debut against Iloilo in the second game of today's PFF Under-19 Regional Championships in Bacolod City.

The first game will pit the host against Dumaguete City.

Here are the members of Team Cebu City.

For sure, this maybe the first award he gets, but for the questions to linger on his getting the award. How would you feel if you are in his place?

And, I purposely write this, after the Milo awarding, nothing can be done to change the fact, but what can be done, is hopefully, to avoid a similar situation.

Football is a team sport, choosing a Most Valuable Player is difficult for it is subjective. I once talked with a football guy (I forgot if he was with the media or a coach) that an MVP award in football is not a good thing, because football is all about team work.

But choosing the Most OUTSTANDING Athlete, on the oth…
6 comments
Read more 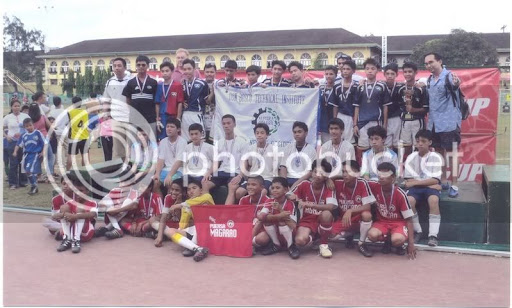 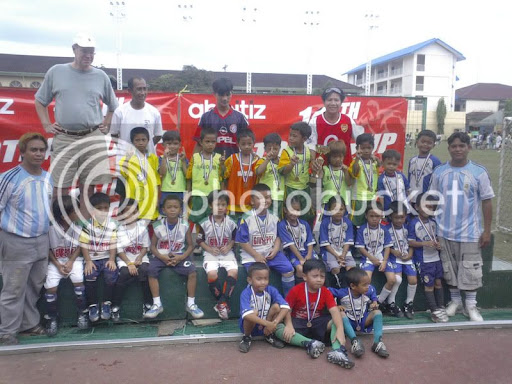 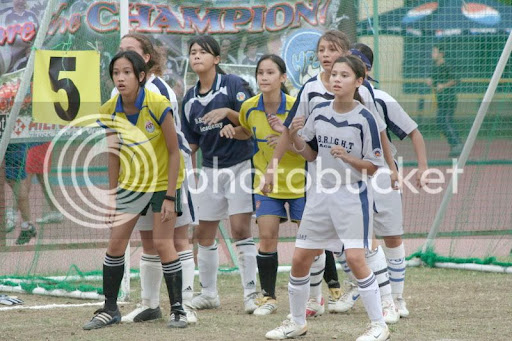 Hahay, people just read what they want to read, the humor is lost.

Aside from La Niña winning the Women's Open, I also predicted it will rain at exactly 1:42 p.m. 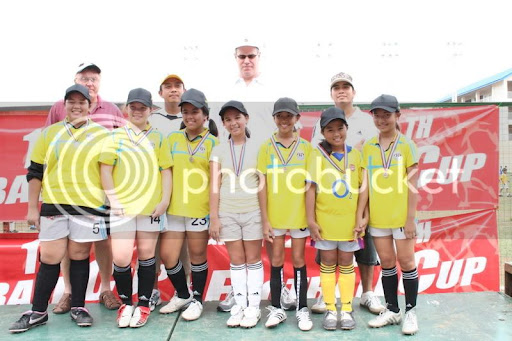 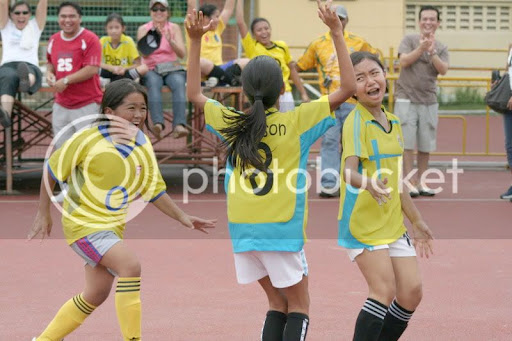 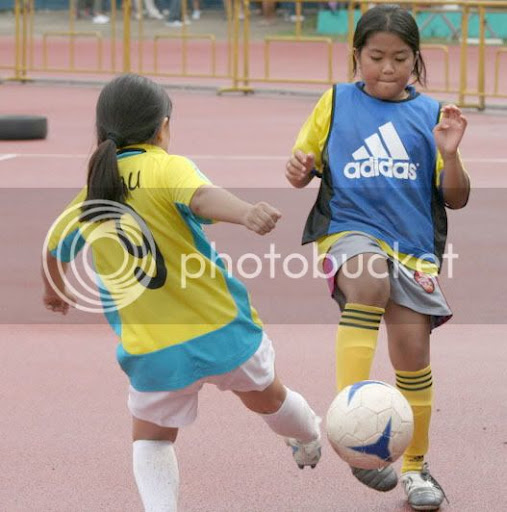 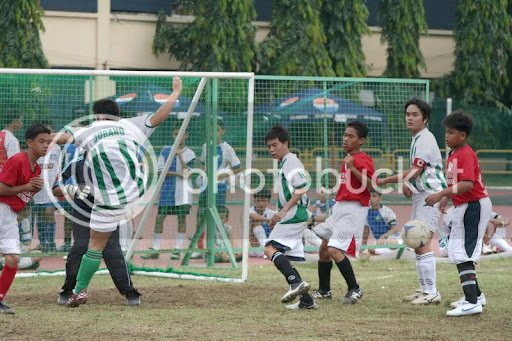 September 25, 2006
Anyboy who has pictures of the Aboitiz festival, feel free to contribute.
1 comment
Read more

Let's see how good I am at predictions

September 22, 2006
For the Aboitiz Festival this weekend, according to my RH crystal. Here are the champions. 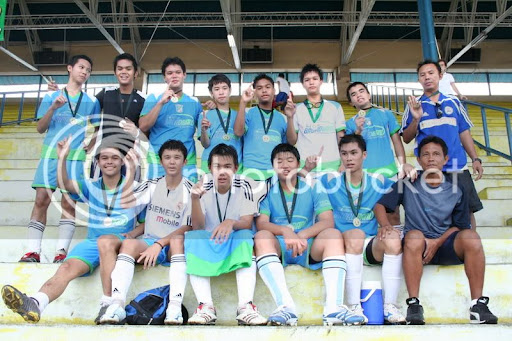 Q: Who farted? raise your hand 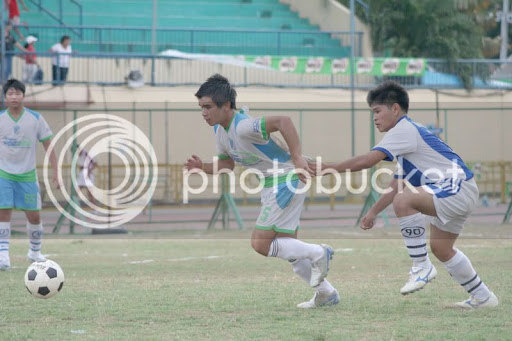 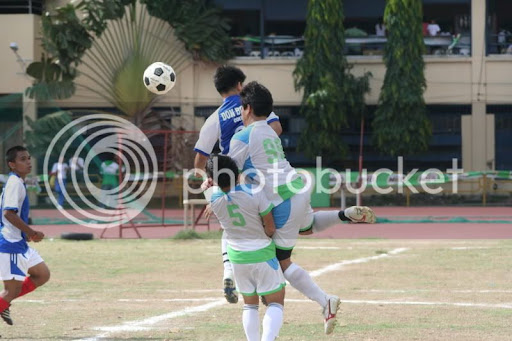 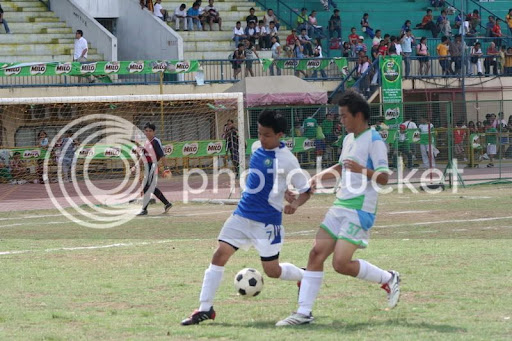 September 21, 2006
I have reconfigured the comments settings in the blog. All comments have to be approved, by me, before they get published.

I tried the "activate code something" in the blog. But when I did that, nobody, not even me, could post a comment in the blog.

So, I had to activate the "moderate comments" in the blog.

I've been trying to clean up this blog, which is why Riscoh is helping me monitor the cbox.

The comments section, on the other hand, is a different thing. That's why I ask you to bear with me, your comments, will eventually get published once I log on to blogger. You may have to wait for five minutes or five hours. But this is the best solution that I could find.

The low down on Milo

A player from the runner-up team got the MOA.

Springdale won its first championship. They got the MOA.

This is my third post regarding this issue--don't bother checking all previous posts were deleted after a few minutes--so I decided on the barebones approach--just a simple statement of facts. (I am still planning to write about this in the paper.)

I can't express my opinion here, yet, but you can.
8 comments
Read more

"We were third placers in the last three years," said Ceniza, whose team is only on its fourth Milo tournament.

Going into the match both teams were expected to slug it out for the crown after hacking out tough wins in the semifinals.

Yesterday, Springdale's pinpoint passing and a little luck put an early conclusion to the match.

Miles Tiu set the pace of the match as his header off Timothy James Matteo's long throw got staved off.

In the next play, Tiu played the provider after Blui Arriola deflected his corner kick for the first goal of the game.

I need help in the cbox.

September 16, 2006
Lately, a lot of below the belts comments have been posted in the cbox, childish ones.

I can't monitor the cbox 24 hours a day, and I don't want to remove it just because of some idiots.

I need help in monitoring it, and particularly, deleting inappropriate posts.

Pabol Girls 12 (with the polka dots) 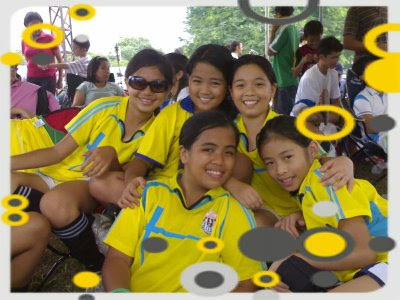 September 14, 2006
Once when I was in fourth year high school, and was watching a football match.

It was the Coke-Go-For-Goal provincial finals, our team then hasn't lost in a finals in nine years. I don't remember the result of the game, though I think we won. What I couldn't forget is what happened late in the second half.

Our striker beat the offside trap perfectly, too bad, the ball was just about midway between him and the goalkeeper.

The keeper went in.

The ugliest injury I've ever saw. The striker lay down, screaming.

The teachers panicked. The coach couldn't do a thing, the Coke coordinator wasn't there. There was no medics.

So who took charge.

We were the fourth years, just a year out of playing in the Coke go for goal. We ran to the striker, and saw the clean break. To describe it here would spoil breakfast and lunch or dinner.

We couldn't lift him up nor move him. So, somebody ran to the faculty room, got a folding bed and we use…
9 comments
Read more 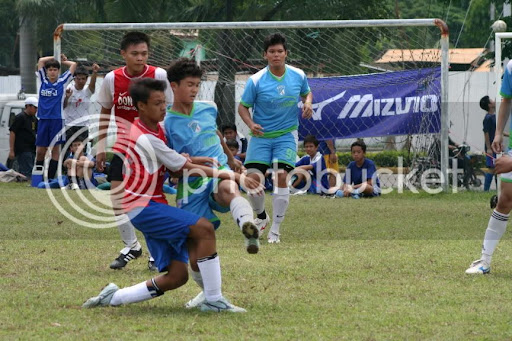