Showing posts from October, 2007
Show all

October 29, 2007
There isn't much news coming from the CebuFA but the rest of the community is sure as active. There is the Don Bosco futsal event, the ongoing Denker Cup and the just-concluded Cup at Cebu City Science High School.

Unfortunately, that is all I know.

No results, nothing. nada. 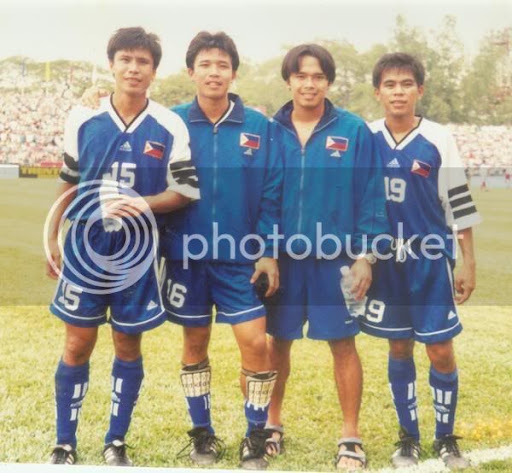 DAVE Fegidero, the brother of Norman and Joshua, the former USC coach and Crazy Horse striker is dead.

The photo below shows (from left) Norman, the hero of RP's 1-0 win over Malaysia in the 1991 Sea Games, with brothers Joshua and Dave, who was supposed to play for the Philippines in futsal for this year's Seag.  The final man on the picture is their cousin Troy, a one-time USC import in the Aboitiz Cup. All four played for the Philippines in the 2000 edition of the Tiger Cup. (Photo courtesy from Visayan Daily Star's Cedelf Tupas)

As to the update in Cebu football.